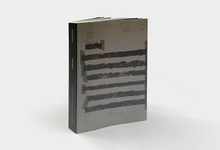 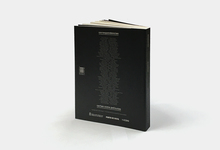 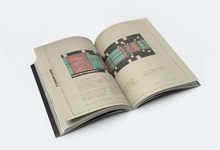 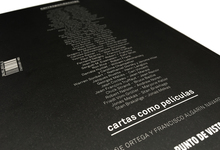 In Correspondencias : Cartas como películas, many of these letters do not only reveal secret friendships (Louis Lumière and George Méliès), but also unknown collaborations (Orson Welles and Robert J. Flaherty) or projects, which without these letters would have remained undocumented (Maya Deren’s idea of making a film about the circus, Pasolini’s proposal to Jacques Tati to participate in Porcile); other letters mark the end of a collaboration (Marguerite Duras, proposing a script to Alain Resnais, who after being rejected, would go on to film it herself). Other correspondences asking for help at times of creative confusion (Paul Sharits to Stan Brakhage, Stan Brakhage to Hollis Frampton, Gregory Markopoulos to Stan Brakhage); they document major historical moments (the War in the case of F. W. Murnau or Robert J. Flaherty, the political situation in Indonesia, Italy or France in the case of Joris Ivens, Pasolini or Truffaut), they appear like the chronicles of a journey (S. M. Eisenstein, Chick Strand and Ron Rice from Mexico, Warren Sonbert from Morocco, Resnais from Hiroshima, Ivens from Australia, Peter Hutton from Germany, Murnau from Latvia, Allen Ginsberg from India) or even greet other poets (like the letters-gift from Eric Rohmer, Anne-Marie Miéville or Chris Marker).

A letter is first and foremost a miniature time capsule: from the recollection of Jonas Mekas’s childhood, to variations in behavior, the form of expression, or the use of language in the different letters – starting, for example, with the peculiarities of the correspondence of Jean Vigo with Jean Painlevé. That which we call film should be taken as an ever-incomplete thought, like a story from which several pages have been torn. It is these gaps that the reader must fill out. This is the vocation of this book, which is formed by these pages that someone tore out from history books, pages that we find flying through the skies, across two oceans. Pages that we try to collect with open arms.