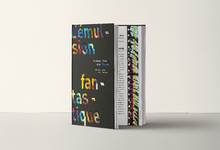 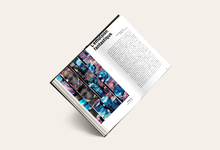 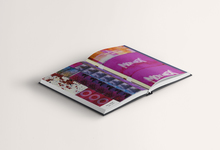 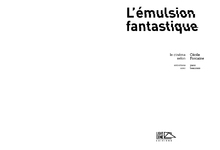 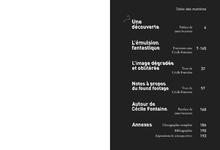 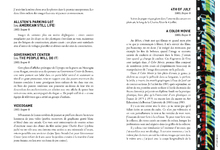 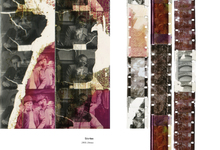 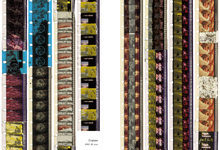 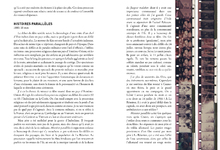 "I like working with film's materiality - the object becomes a material that I transform with non-filmic tools. Like an explorer, I have a go at the surfaces of film prints that I find or that are given to me: films of all genres, formats and origins. I transform their textures, colors and images by subjecting them to chemical reactions caused by various household products, creating new hybrid film objects through collage and recomposition, following motifs inspired by the original sources."

Since 1982, Cécile Fontaine has made over fifty films. Her body of work is the result of one of the most unique practices within the constellation of experimental cinema: film conceived as collage - both painterly and cinematographic. She sees cinema as a medium to be worked in a material sense, a reservoir of images taken out of their original contexts, which she manipulates and subverts according to her own formal or semantic associations.

This richly illustrated book, which includes two unpublished texts by Fontaine as well as a preface and an afterword by yann beauvais - an emblematic figure of experimental cinema in France who has greatly contributed to the discovery of Fontaine's work - is a fascinating journey into the filmmaker's universe. The two artists met in Light Cone's screening room to watch Fontaine's protean, ever-expanding filmography in chronological order. The long discussion that took place over the course of the screenings, shedding light on the creative processes and the aesthetic concerns that went into the making of each film, would become the primary material in the elaboration of this book.

This publication is also released as an enhanced e-Book via iBooks/iTunes (EPUB format). This digital edition will give readers the opportunity to go freely between viewing films and images to reading the texts.

With support from the CNC.