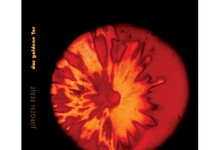 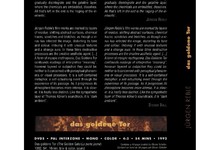 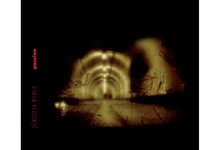 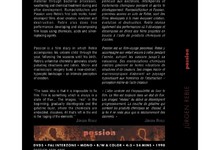 Jürgen Reble’s film works are marked by layers of residue, shifting abstract surfaces, chemical traces, scratches and blotches, as though a virus has infected the image, distorting its tone and colour, imbuing it with unusual textures and a strange aura. In these films destructive processes are the creative aesthetic agent. [...] A form of myopic mythopoeia, Das Goldene Tor confounds readings of interpretive “meaning”, however layered or subjective they could be; neither is it concerned with perceptual phenomena or visual processes. It is a self-contained metaphor, a self-actualising event through the experience of its passage. As it progresses its atmosphere becomes more intense, it is slower, it is hazily less distinct. Like the sympathetic layer of Thomas Koner’s soundtrack, it is “dark ambient”.

« The basic idea is that it is impossible to fix film. Film is something, which is always in a state of flux...The images, ‘real’ in the beginning, gradually disintegrate and the gelatine layer, where the chemicals are embedded, dissolves. All that’s left in the end is the ‘raging of the elements’. »
– Jürgen Reble

PASSION is a personal film-journey in which Reble accompanies his unborn child through a ritual, following the seasons until his birth. Reble's unfamiliar chemistry generates slowly pulsating structures and colors. Micro- and macroscopic imagery build a near-abstract, hypnotic landscape -- an intimate perception of creation..."
Jurgen Reble, former member of the German filmmaking group "Schmelzdahin" (dissolved in 1989), focuses on exploring the film material through bacterial processes, weathering and chemical treatment during and after development.