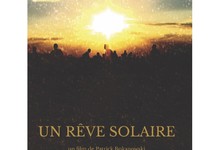 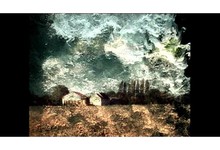 The second and latest feature film by Patrick Bokanowski (2015-2016), published for the first time in a DVD-Blu-Ray combo.

Unlike "L'ange", shot in the studio, "Un rêve solaire" is largely made up of real shots. The actors are no longer played under masks. The actors are us, spectators of unknown representations, or maybe even stellar spectators, a crowd of anonymous spectators standing out on skies of fire and water, but surely a part of a childhood dream during a journey by train.

"There are not, or very few, words in my films. The music of Michèle Bokanowski plays a decisive role because it tells in its own way and in counterpoint what images or characters do not say."
- Patrick Bokanowski

"'Un rêve solaire' tells, concretely, of a struggle between shadow and light. These two simultaneous movements give the film its dynamic principle and its plastic energy."
- Jacques Kermabon