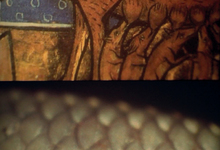 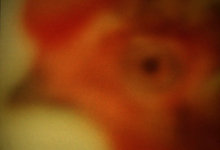 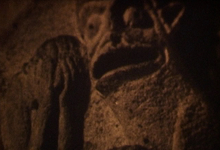 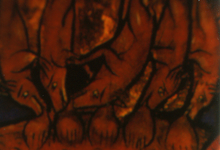 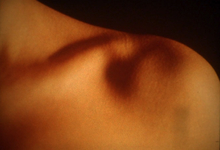 FORMS ARE NOT SELF-SUBSISTENT SUBSTANCES

Forms Are Not Self-Subsistent Substances (2010) is the most recent film in a body of work by Samantha Rebello. It develops themes in her earlier films, to do with materiality and language: attempting to examine the 'stuff of things', calling into question our habitual understanding of objects and matter through offering a radically other perspective. The use of imagery abstracted through close-up and framing, combined with concrete sound captured with attention to timbre and rhythm, form an associative montage which defies translation. 'Subjects' here include flesh, blood, milk and meat, bestiary illuminations, Romanesque architecture, medieval bells and living things. An imagined medieval sensibility provides a starting point from which the film explores notions of substance, throwing into relief the strangeness and violence of being.

Extras: Aphorisms and statements by the filmmaker on a grey foldout sheet.