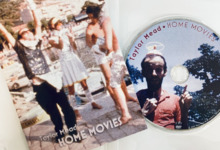 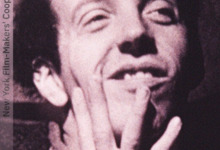 Years ago, when we asked Jonas Mekas what films we should publish next on DVD, he said without hesitation, "Taylor Mead's home movies." That should be reason enough to be curious. Mead is known as an actor, clown and improviser, "the first underground movie star", but his own films are rarely screened. Blending documentation of the NY underground, snippets of Mead clowning, Mead's own percussive style of shooting and the humor in his gaze makes these films a valuable glimpse into and product of mid-1960s underground New York culture - in stunning Kodachrome.
- Pip Chodorov, Re:voir

In 1964, before Warhol was a pop-art mega-celebrity, he invited Mead on a road trip to California for the opening of a gallery show. They wound up making Tarzan and Jane Regained.. Sort of, a spoof of Hollywood adeventure movies that was Warhol's first partially scripted feature. It started Mead as a Hollywood Tarzan carvorting with a naked Jane in a bathtub at the Beverly Hills Hoel, exercising on Venice Beach and having a bicep-flexing contest with Denis Hopper as a rival Tarzan. Mead would appear in about 10 Warhol films over the next decade, including a curious 76 minute piece featuring his naked rear end. Calling himself "a drifter in the arts", Mead also acted on stage, winning an Obie Award in 1963 for his performance in the Frank O'Hara play The General Returns from One place to Another.
- Elaine Woo, LA Times