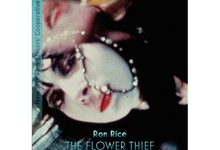 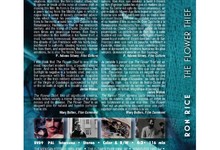 'The Flower Thief', filmed and acted by New York and San Francisco "beats," is a collection of improvisations. Ron Rice, the film's creator, attempted to ignore or break all the rules of cinema craft in making this film. Its form is the picaresque novel, a genre dating from the Middle Ages in which a rogue has a series of loosely connected adventures which reveal his personality and his relations to the world around him. Don Quixote in the Renaissance, Huckleberry Finn in the nineteenth century, and the tramp of Charlie Chaplin in our own times are picaresque heroes. Ron Rice's contribution to this tradition is his flower thief, a mad, harmless homosexual. Wandering through the streets of San Francisco with his teddy bear, indifferent to authority, stealing flowers because he likes them, and experiencing the basic human emotions, he is also The Noble Savage.
-P. Adams Sitney, Film Culture

I still think that 'The Flower Thief' is one of the most important modern films, a beautiful absurd poem. And so is his new film, 'Senseless'.The bullfight in negative is a fantastic shot; and so is the sequence with the beatnicks on Acapulco beach; or the train robbery episode; or the shot of the Virgin of Guadalupe surrounded by light; or the oil wells at night. It is beautiful and wild.
-Jonas Mekas

'The Flower Thief', like all significant cinema,holds before society a mirror image of its weaknesses and its disease. The Flower Thief is an eloquent plea for natural and humble participation in life.
- Mary Batten, Film Comment