For the 9th edition of SCRATCH EXPANDED, Light Cone pursues the exploration of expanded cinema forms and practices by inviting artists who will present installations and film performances. Open-air screenings of 16mm & 35mm experimental films will take place in the Voûtes garden and a video works program will also be presented during the evening. 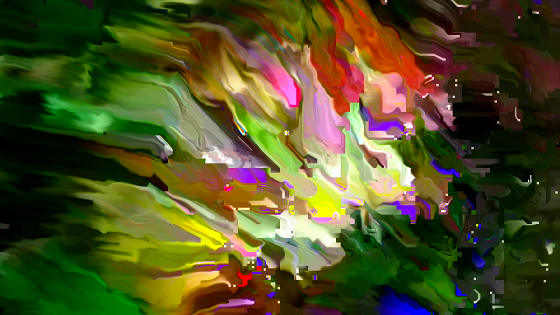 From 20:00 to 00:30, a looped projection of a program of video works from Light Cone's collection.

This work is an exhibition version of the film JÉRÔME NOETINGER (2017, 35mm, b&w, son, 11'40), which was recently added to the Light Cone catalogue.
Solo in front of the camera, the improvisational musician Jérôme Noetinger plays reel-to-reel magnetic sound on a Revox B77. For the duration of a 16mm film reel, he deploys a complex sonic organism based on microphonic pickups, electromagnetic parasites and random radio waves, all made possible by the amplitude of the recording.
Stefano Canapa decided to capture this improvised instant with a deliberately simple cinematographic setup, offering the spectator a poetic and sensuous experience. The version presented here exposes the filming process (the piece is played twice, each time filmed with two synchronized cameras) and proposes a reflexion on the stakes and challenges of the practice of musical improvisation.

From 20:00 and during the whole evening in the back hall 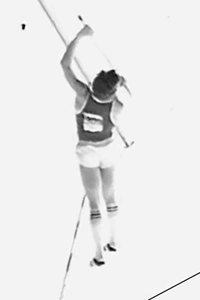 Sequences of pole vault jumps of Sergey Bubka, in which the projection of the body centers around a verticality.

From 20:00 and during the whole evening in the garden 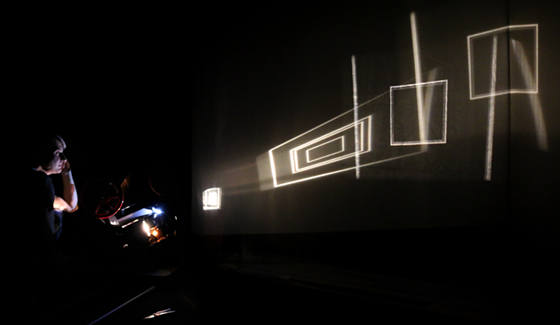 Working on the concept of geometry and space in the cinema, from the planar space of the photogram to the stage of its representation, this project reveals a multi-fasceted object. The different surfaces that circumscribe the screen, the movement of projectors on rails, the changes in projection angles and the simultaneous visions. PARALLAXE emphasizes the transport of images and their ability to modify the perception that we have on a same reality. Associated with Michalis Moschoutis' direct sounding device, Nominoë's graphic images are deconstructed and their virtualities increased tenfold.
Spacial sound diffusion immerses the audience in this multidimensional device, at once a movie set, movie theater and film. 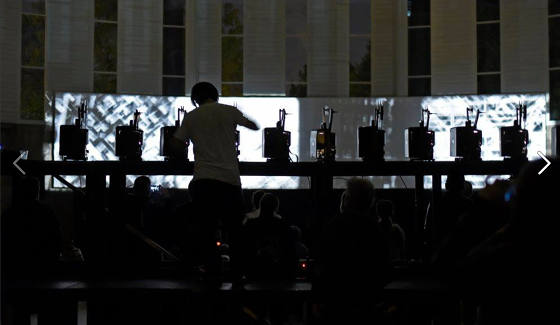 During the winter of 2015 Karl Lemieux travelled to China with BJ Nilsen and a small camera crew to make a piece about the country’s infamous ghost cities. The work presented is made with images shot in the city of Yujiapu, near Tianjin where ancestral fishing villages have been destroyed to make way for a multibillion-dollar real estate project that was to become the new financial district of the area. The entire city was developed in the style of New York's Manhattan disctrict but never finished and has been left uninhabited for over six years. The film uses the lines and frames of the buildings of Yujiapu and the lines and the frames of the film strip to create abstract elements that slowly reveal an incredibly desolate urban landscape. 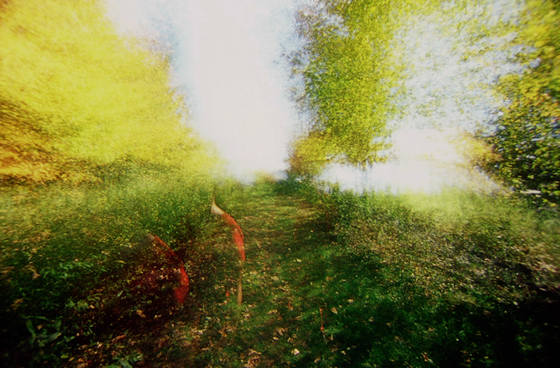