Scratch Focus is a new online streaming space that aims to encourage the exploration of Light Cone's catalogue, a constantly evolving archive that is now made up of around 5500 films. Every month, we invite you to discover the work of a filmmaker from the collection on our website.

The work of Tony Hill (London, 1946) can be situated somewhere between film, kinetic sculpture and performance. Having studied architecture, followed by sculpture at St. Martin's College, Tony Hill came to know experimental cinema by attending screenings at the London Filmmakers' Co-operative (LFMC) in the 1970s. This vibrant space of experimentation, the birthplace of British Structural cinema, led him to conceive of film projection as a "sculptural event".

Working with this idea, he began by creating semi-interactive projection environments. In one of his first projects, Floor Film (1975), the audience was to stand on top of a horizontally-placed screen, onto which were projected, via a mirror, images of other people filmed from below - leading the audience to feel an uncanny resemblance with the people they saw in the film.

In his subsequent works Hill continued to explore unusual performative and sculptural setups for filming and projection. The standard horizontal and two-dimensional cinematographic dispositif did not apply: "Some of my films could be shown upside down without changing them significantly." Indeed, many of his films turn things on their head in a desire to challenge the "normal" perceptions of space and gravity, to present a child's view of the world. In order to do this, Hill builds complex rigs that allow him to place the camera in seemingly impossible situations and carry out movements that appear to be at odds with the laws of nature.

Certainly, there is a kinship between Tony Hill's work and that of some of his contemporaries at the LFMC. Like Chris Welsby, Hill builds strange machines that allow to record the landscape in unexpected ways through the inanimate gaze of the camera. One could also make parallels between some of his work, especially Downside Up (1984) and Michael Snow's La Région Centrale (1971). However, what distinguishes Hill's work is his strong attachment to the human figure: nearly all of his films include an element of portraiture. Through the tension between the human gaze and the mechanical one, the intimate portrait and the impersonal machine, his films produce an experience that is not only disorienting but also, sometimes, highly emotional.

Perhaps, it is his interest in filming people that has also led to a large number of collaborations. Among the most recent ones is the Hotel Bardo project of Wistanley Schtinter, which was completed as part of Light Cone's Atelier 105 residency in 2018 and for which Hill created a custom camera rig. Hill's machines have also given him the opportunity to work on many commercial projects, such as, most recently, the music video A$AP Forever (2018) by the rapper A$AP Rocky.

"A film which, by the use of a simple camera movement, explores and reviews some relationships to the ground."
– T.H.

For this film, Tony Hill created a rig called satellite crane, conceived to rotate the camera around a subject. The speed variations in the rotation of this device allowed him to analyze the movement and the relationship between verticality and horizontality. 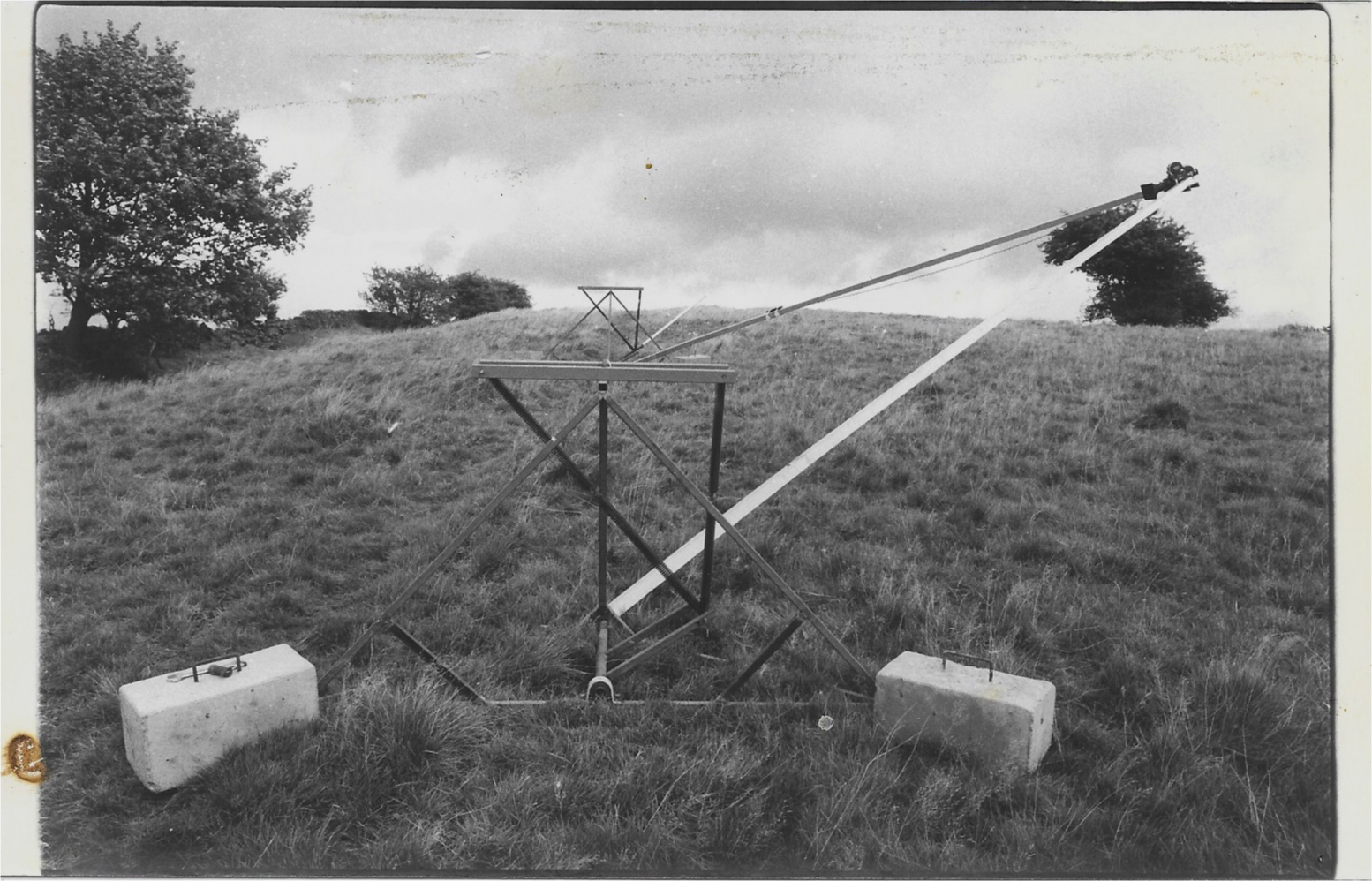 "Here movement is a parable that reveals, uncovers, embraces and then takes away or carries away our relationship to the ground. It's the gaze of a disembodied creature, locked in Time and condemned to observe, understand, question then cease to understand and so on, without stopping, the strange presence of these human animals on Earth. But behind the apparent fluidity of the movement there's also a series of determined positions that take place. With each new parable, it's a new passage (of infinitesimal brevity) through these strategic points: coming out of the ground, being at the zenith, toppling over, falling back on one's head... And in this series of positions there's one, always, that stands out very discreetly, barely: the position of the human gaze. It's inevitably crossed, each time, about the first third of the way, the place of our usual gaze, crossed, integrated into this route only in passing, brought back to its little primacy over the infinite rainbow of the other possible origins of the gaze..."
– Tancrède Rivière

"I noticed, when I started to make films, what a good medium it is for seeing the world differently. I have continued exploring the possibilities of this ever since, to try to find fresh perspectives on the ‘ordinary’ visual world. To escape from our ‘normal’ perception has lead to the building of many camera rigs."
– T.H.

"An exercise in visual relativity in the form of a journey through space and time with the wheel. Starting with a primitive hand-drawn cart and moving through horsepower and machine age tractor and car to the ultimate wheeled transport, the bicycle."
– T.H.

"A cinematic roller-coaster ride at the hands of a performer who is literally holding the viewer on the end of a pole."
– T.H.

"The chance to 'free fall' up and down from a bounce is surely one of the main attractions of using a trampoline. This film celebrates that feeling, of both using and defying the force of gravity."
– T.H.

Light Cone distributes Tony Hill's films, you can watch them here.
We would like to thank Tony Hill for answering our questions and for sending us the photos of his rigs.