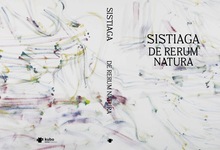 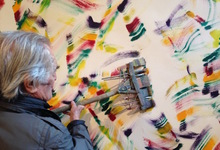 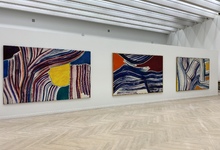 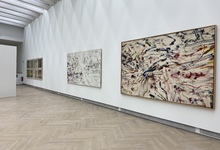 Catalog of the exhibition De Rerum Natura by José Antonio Sistiaga, curated by Jean-Michel Bouhours at Kubo Kutxa (San Sebastián) from 28 January to 22 May 2022.

The exhibition De Rerum Natura devoted to the artist José Antonio Sistiaga proposes an unprecedented interpretation of an eight-decade long oeuvre, whose almost permanent reference to nature, through more than a hundred works, including paintings, graphic works and films, has provided a leitmotiv.

A widely held opinion about painting whose corollaries are the absence of figures, the attention paid to pictorial matter, the intervention of chance, the recourse to gesturality –of the artist working with his own body– involves casting doubt upon the artist’s mastery: "I can do that too". The returns to figuration (on the theme of the body) appear to reconfirm the need for mastery in the domain of drawing. Through a long work on himself, José Antonio Sistiaga's painting stems from exceeding this mastery, comparable with that of the paths of wisdom of oriental philosophies.

The works exhibited here enable a better understanding to be made of a path that originates in "landscape painting" and a style inspired by Impressionism and which, little by little, is gradually seeking an unprecedented pictorial direction: a "pure painting" that questions the principle of the reproduction of reality through the image, that which turns the act of painting into a higher manifestation, something akin to searching for the pulse of the cosmos. Without distancing himself from the source of inspiration represented by nature, the artist, on the other hand, is going to draw inspiration from its mechanisms and explore its infinity: "Would nature fit an image made by man?" wondered Friedrich Nietzsche in his work The Gay Science, adding: "The smallest piece of world is infinite!".

The move towards painting directly on film, from 1968 onwards, opens the way to a personal, intuitive and perfectly imaginary cosmogony that evokes the confines of our Universe: from the infinitely small (the world of particles that make up matter) to the infinitely large (the stars, the galaxies...) Beyond the unprecedented iconography that José Antonio Sistiaga's films offer us, the cinematographic «machine» becomes an unexpected ally for an artist who has always sought to represent, through painting, what the philosopher Henri Bergson defined as "the moving".