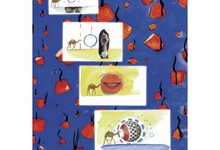 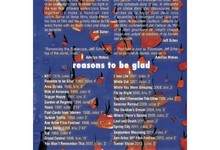 REASONS TO BE GLAD

« A lot of these films were genuine experiments — starting with a simple “I wonder what would happen if...” The ideas come from everywhere — friends’ pets, objects picked up from the street, the walk of an overweight man in shoes too tight or the way two different watercolors bleed together to make a hundred new colors. Some of these films started from the love of film and the greedy desire to fill every frame with as much color and shape as possible. »
-Jeff Scher

« Romancing the Rotoscope, Jeff Scher is top of the world, mom. »
-Adolfas Mekas

Jeff Scher is a painter who makes experimental films and an experimental filmmaker who paints. His work is in the permanent collection of the Museum of Modern Art and the Hirshhorn Museum, and has been screened at the Guggenheim Museum, the Pompidou Center in Paris, the San Francisco Museum of Modern Art, and at many film festivals around the world, including opening night at the New York Film Festival. Mr. Scher has also had two solo shows of his paintings, which have also been included in many group shows in New York galleries. Additionally, he has created commissioned work for HBO, HBO Family, PBS, the Sundance Channel and more. Mr. Scher teaches graduate courses at the School of Visual Arts and at NYU Tisch School of the Arts Kanbar Institute of Film & Television's Animation program. He lives in Brooklyn with his wife and two sons.