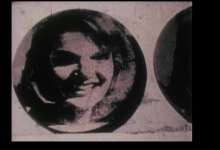 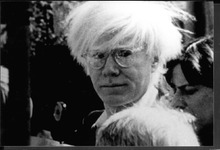 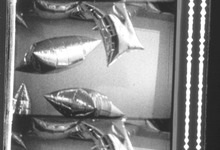 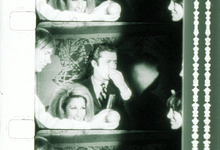 Scenes from the life of Andy Warhol, as seen by four pioneer avant-garde film-makers and close friends of the Pop-artist.

Jonas Mekas, the irrepressible force behind the promotion and preservation of experimental film, is also known for his rapid-fire diary films. AWARD PRESENTATION documents Mekas giving Warhol the Film Culture Independent Film Award. His SCENES FROM THE LIFE chronicles not only Andy Warhol, but also the social and cultural excitement that swirled around him, throbbing to a hypnotic Velvet Underground beat.

Willard Maas was husband of filmmaker, painter and actress Marie Menken. Their films have in common a lyric lightness and a love for jolting visual rhythms.

« Willard and Marie were the last of the great bohemians. They wrote and filmed and drank (their friends called them 'scholarly drunks') and were involved with all the modern poets. Marie was one of the first to do a film with stop-time. She filmed lots of short movies, some with Willard, and she even did one on a day in my life. »
– Andy Warhol