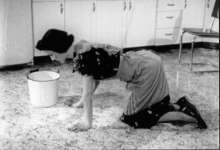 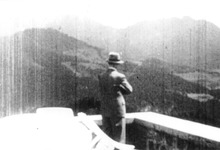 THE FILMS OF JAY ROSENBLATT VOL. 1

Jay Rosenblatt, who has been making short films since the early 1980s, makes films that deal with a variety of themes — from birth and childhood to religious faith, tyranny and death. Frequently screened on public television and film festivals, Rosenblatt ’s films are consistently recognized for their unique style and his commitment to taking risks.

« I had been making traditional narrative films using actors and found it stressful. (...) I happened to be working on a project -- it was a film sequence for a theatre piece -- that required some archival footage. The need to use existing footage led me to the optical printer, which is a machine that allows a filmmaker to manipulate existing footage in different, new ways. This was a real discovery for me and I began moving more and more toward the use of found footage to create my films.(...) I wasn't trying to mask the found-footage aspect, to deliver a throughline but with the pieces in a kind of juxtaposition. »
– Jay Rosenblatt